This blog post will recap some of the large attacks Confiant observed and prevented during September, identifying the threat groups involved, and some of the tactics currently in use.

The month of September marked a slow-down for large weekend attacks. Only one attack on Sunday, September 6 compared to three in August and four in July.

eGobbler was able to pull off a string of attacks across three different DSPs allowing them to stay active for about 11 hours. On the supply side, three tier-1 SSPs were most impacted.

Nephos7, the other culprits known for large weekend attacks was especially quiet. We detected their presence at low volumes on two tier-1 DSPs as they were staging their campaigns, a process that can take up to a month of innocuous activity before any real attack is launched.

These two actors have continued their shift that started at the end of June:

Beyond large weekend attacks, September has seen renewed activity from both DCCBoost and Scamclub. DCCBoost is an actor focusing specifically on mobile redirects. Confiant observed a large campaign starting September 10 releasing hundreds of malicious ad creatives over the course of a week. Scamclub specializes in forced redirects (both mobile and desktop) with a current focus on carrier-branded scams. In September, we’ve seen them especially active via a tier-2 SSP.

September has seen continued increased activity in bitcoin scams. A malvertising scheme pioneered by threat actor Fizzcore, bitcoin-flavored investment scams are gaining popularity with criminal groups, due to their low barrier to entry and high profitability. Over the past 6 months, a long tail of attackers joined in and flooded online advertising with bitcoin scams. 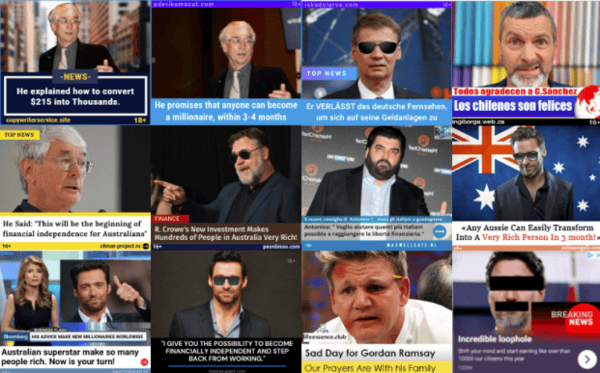 All these scams broadly follow the same scheme with fake news articles. 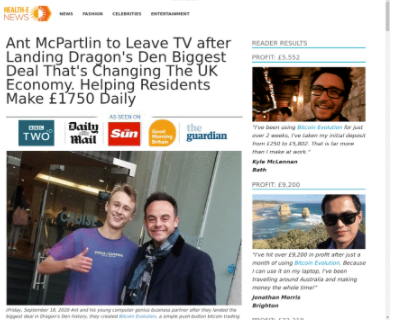